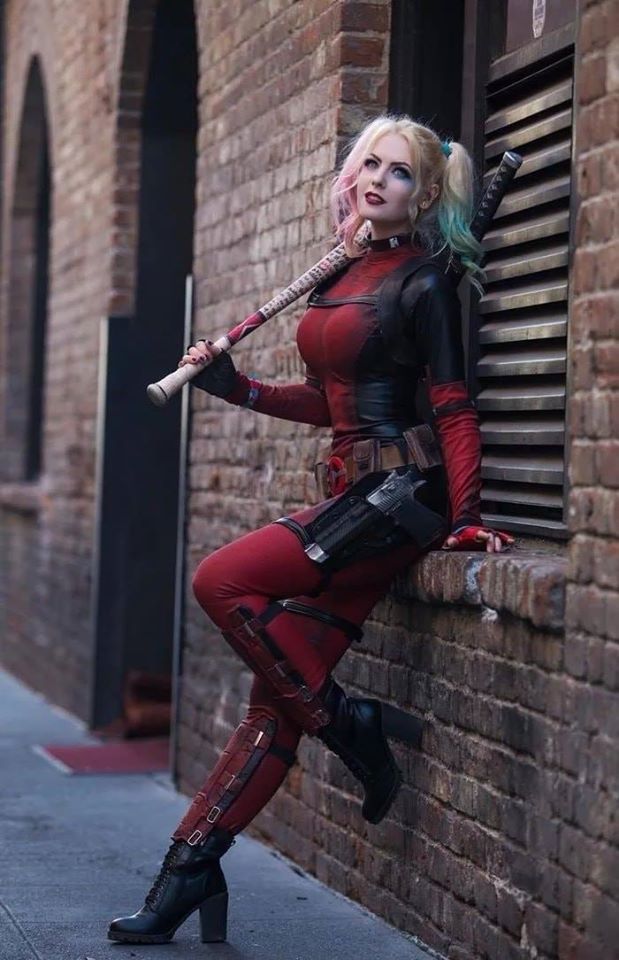 Harley Quinn (Dr. Harleen Frances Quinzel) is a fictional character appearing in media published by DC Entertainment. The character was created by Paul Dini and Bruce Timm, and first appeared in Batman: The Animated Series in September 1992. She later appeared in DC Comics’ Batman comic books, with the character’s first comic book appearance in The Batman Adventures (September 1993).

Harley Quinn has been adapted into various other forms of media. The character has appeared in both live-action and animated television series, films and video games.

The character was originally voiced by Arleen Sorkin in the DC animated universe. Since then, she has later starred in her own animated series, with her voice provided by Kaley Cuoco. In the Birds of Prey television series, she was portrayed by actress Mia Sara. In the Fox series Gotham a character known as Ecco, portrayed by Francesca Root-Dodson and bearing all the characteristics of Harley Quinn, was introduced in the fourth season.

The character made her live-action feature film debut in the 2016 film Suicide Squad, portrayed by Margot Robbie. She reprised the role in Birds of Prey (2020) and will appear in The Suicide Squad (2021)