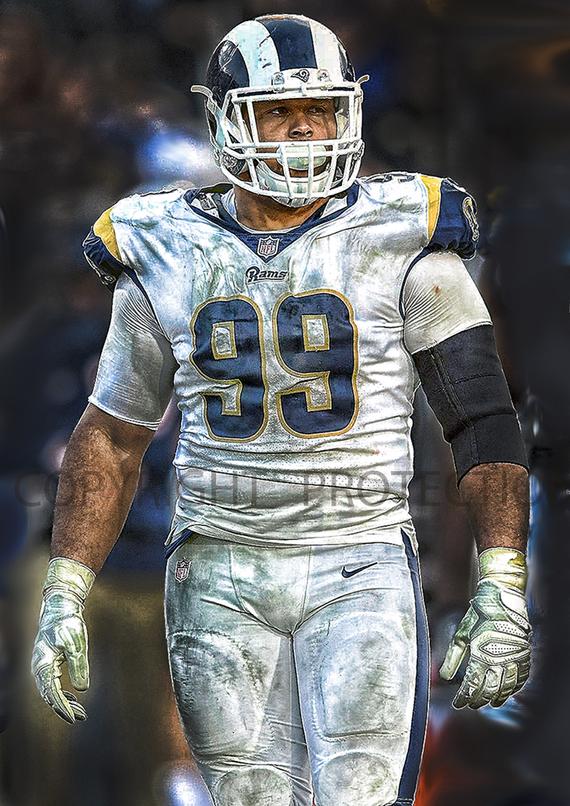 Aaron Charles Donald is an American football defensive tackle for the Los Angeles Rams of the National Football League. He played college football at Pittsburgh, where he was recognized as a unanimous All-American. He was drafted by the Rams with the thirteenth pick in the first round of the 2014 NFL Draft.